Well, I've gone and done it. Tuesday after my last final exam, my boyfriend and I went on a little trip to the local sewing machine store. I'd been considering getting a new machine for about a month and wanted to see if the local shop had any used ones on consignment. Well, they didn't, but what they did have was a sale on Janome machines. Janome was my brand of choice, since I've heard nothing but good things about them. So the boyfriend and I looked at a few machines and the saleswoman showed me two that were in my price range and one that was a bit above. I wasn't sure which one to get and when I asked my boyfriend, he really thought I should just get the more expensive one, since the salewoman was worried I would outgrow the less expensive machine (I'm sure sales commissions had nothing to do with it ;) ). When my boyfriend and I were sitting and discussing what I was going to do, I expressed my worries about spending more than I budgeted (and could really afford). So, he kindly offered to pay for half of it. How did I get so lucky as to find this wonderful man?!


So in the end I decided on the Janome 2030 QDC. According to the store it was 40% off, but I haven't really been able to verify the regular price, since no one every posts sewing machine prices online. Does anyone know why this is? It actually marketed as a quilting machine and came with a bunch of quilting feet I have no idea how to use and the extender table. I feel a little bit like I was talked into buying more of a machine than I really needed and spending a bit more than I should have (or at least having the boyfriend spend more than he should have). Spending money actually really stresses me out, but I rationalized it with working some overtime coming up if possible, since I start work again on Tuesday for the summer. 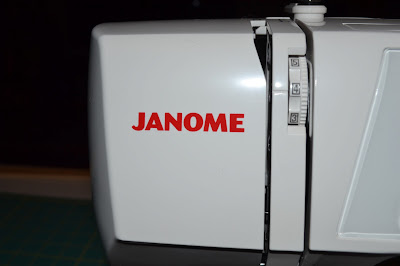 So anyway, meet Rosie! Despite my money-spending stress, I really am absolutely in love with her! Everything is so easy! There's so many upgrades between her and the old (older than me!) Singer of my mom's I've been using for the past few years. First of all, Rosie is computerized, which is pretty dang nifty. Second are the beautiful 1 step button holes she can make. I was always so stressed about button holes and avoided patterns that required them, but now I was to put them on everything! The third awesome thing is the speed control. My old machine had one speed and sometimes everything would get going too fast and turn out messy. But now I can set the speed to slow and make sure everything comes out neat, which makes me really happy. As well, Rosie can finish raw edges much nicer than the old Singer and she never complains when I ask her to sew through more than two layers of fabric. Also, the automatic threader is pretty nifty. I really feel like she does all the work and I just sit there watching!


I've had Rosie for two days and I am still completely in love with her. Was it worth it for me to go with the more expensive computerized machine (the cheaper two had purely manual dials)? I'm not sure, I guess time will tell. But I can tell you that I am madly in love with Rosie and all of the very cool things she can do! 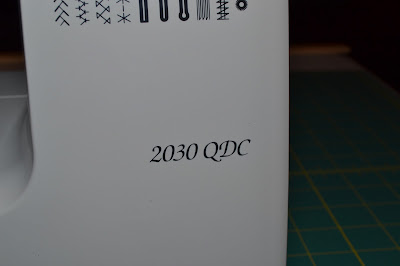