So I've finally joined the rest of the sewing blogosphere in being a Colette fangirl. Cooper and Albion were my first ever purchases from Colette (I've since also bought Beignet). I haven't had time for Albion yet, but I did manage to make a Cooper during the Speedy Sewalong. And I love it! 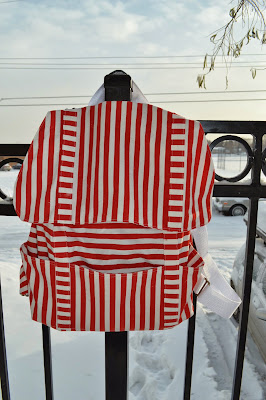 First, fabric choices! The sample bags on Colette's website are definitely masculine, with their rugged waxed canvas (which I love). Also, if I was comfortable using leather, that would look amazing. But I wanted to make a backpack for me and I do love me some brights. So I knew I wanted to use this red and white striped canvas from my stash. The pattern uses a main and a contrast fabric. None of the other fabric in my stash went well and it was snowy and I didn't want to drive to the fabric store (so lazy). Then I had the idea to use the same fabric from main and contrast and just switch the direction of the stripes by cutting the contrast pieces on the crossgrain. 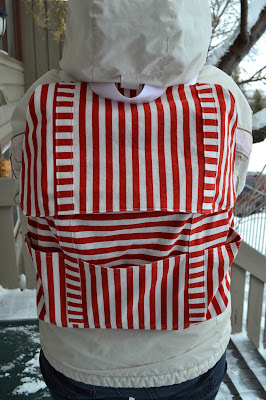 I love how the stripes turned out! It's so stripe-y! It actually totally reminds me of the early albums from the White Stripes, one of my favourite bands. There was some minor stripe matching required at the sides and on the long skinny pieces on the front, but that turned out to be easy peasey. 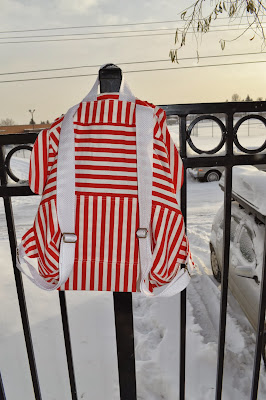 Can I just say I love canvas? It was so easy to work with! It just stays exactly where you tell it to be and does everything you want. There were a few issues with bulk when sewing through six layers of canvas, but overall, it was really awesome to work with. Not-so-much with the lining. 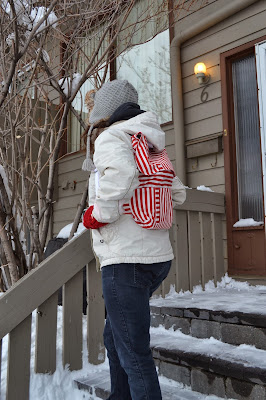 For the lining I used periwinkle wickaway ribbed nylon ripstop. The good? I love the colour. It;s really pretty and I love the surprising pop of contrasting colour. I don't know if this bag could have handled more red or white or stripes on the inside. Other than the colour, this fabric got on my nerves. It wouldn't press AT ALL and it wanted to bunch and catch whenever it could. Plus it probably felt worse after the joys of sewing with canvas. Either way, I got it done and I love the end product. 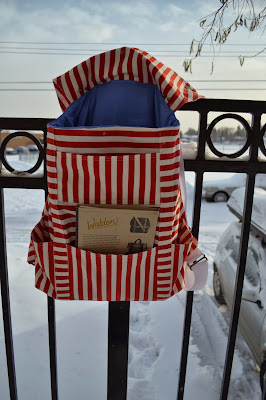 I really debated making the straps out of the same fabric. But in the interests of time and my bf's discretion, I went with simple white webbing. I think it turned out nice, although I'm still wondering "what if". 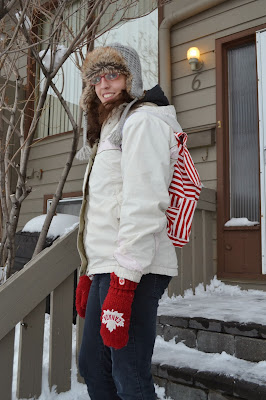 I actually made a couple of minor mistakes on this one. The first is that I forgot to test my markings on the lining fabric and they didn't erase very well. I'm hoping they will rub off over time and either way, it's on the inside, where no one buy me (and now you) will know. Another minor lining issue is that I ran out of my thread for the lining when I was attaching the second pocket. And I was in a hurry and didn't want to make a trip to the store, so I just grabbed the next closest colour and kept going. Then I changed my mind on what colour was closest and switched again. So I have three colours of topstitching on the lining. Oh well. 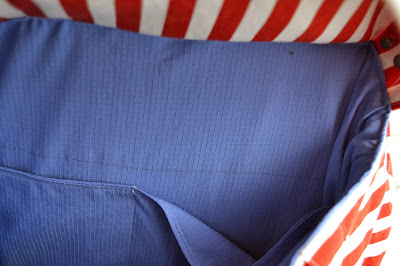 The other minor mistake I didn't even notice until I was looking at the other Cooper versions in the Colette Flickr group. I installed my rivets in the wrong spot! I guess I had the pattern piece upside down when I marked where the rivets should go. So my rivets are near where the flap attaches to the back, rather than near the edge of the flap. This one doesn't bother me at all because I actually like them where they are and I can always add more rivets later if I charge my mind. 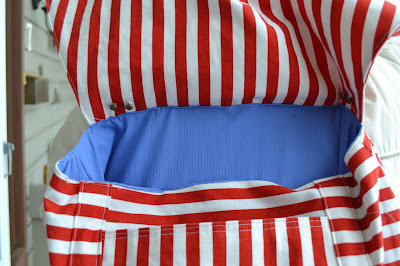 So overall, I love my Cooper backpack and definitely have plans to make a couple of the bicycle panniers for my Schwinn, despite the ridiculous about of top-stitching involved. Who knows, maybe the messenger bag as well. But I really liked this pattern. And no fitting! Yay! 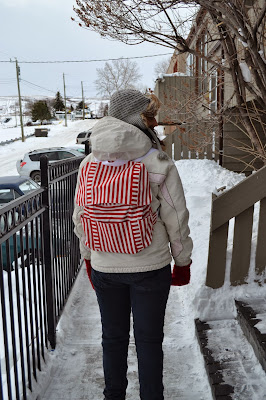 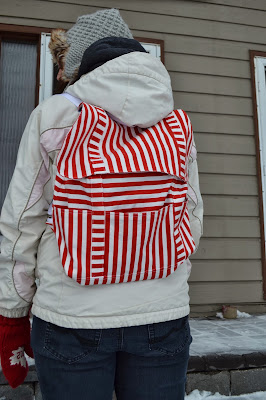 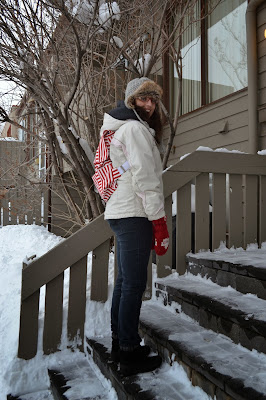 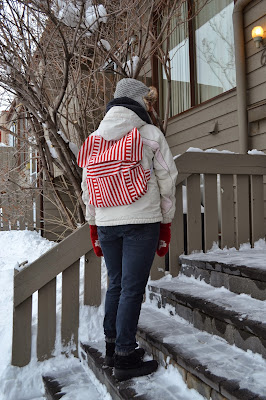 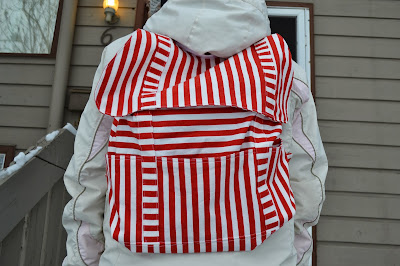 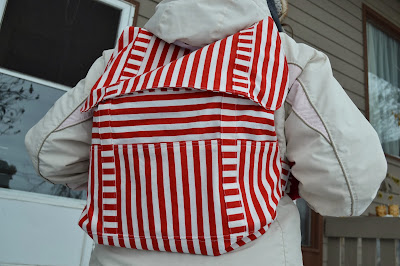 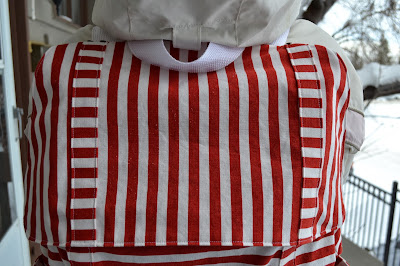 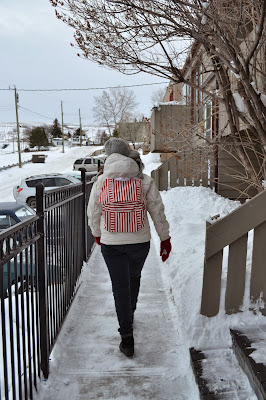