So this one isn't a sewing project, but it was crafty, so I thought I'd share it here anyway. This is the first of three nerdy ornaments I plan to make before Christmas. The 2nd is underway, but having technical difficulties.

Anyway, I'm a huge Harry Potter fan, so when I came across this tutorial, I knew I had to give it a shot! And I think it turned out pretty good! A bit glue-y, but you don't notice when it's on the tree. 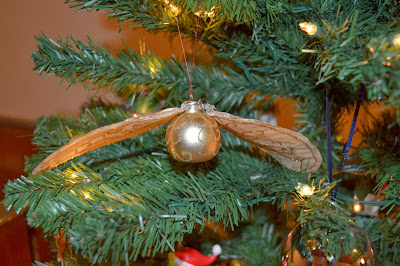 I made a few small changes to the tutorial, but followed the general idea. I made my wings a bit of a different shape. My Christmas ball also came pre-decorated with the gold glitter. I also splurged and bought sparkly gold tissue paper, then decorated it with swirls of glitter glue. 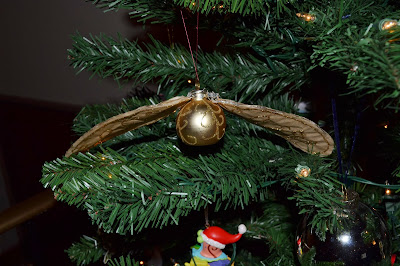 The only major change I made was how to attach the wings. The tutorial cites this as troublesome and used so fancy glue (Farbi-Tac). Instead of going out to buy that, I had the idea to attach the wings with wire. So basically I made a little loop of wire around the neck of the ball, then twisted it into each wing. One wing was a bit droopy, so I secured it with some more hot glue. 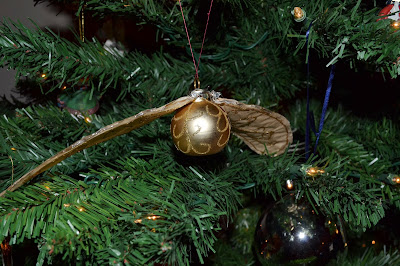 And that's it! It's a relatively quick project. the longest part was definitely letting the glitter glue designs on the wings dry. Especially because they had to be done one side at a time. But I really love the end result and I have enough materials left to make one more, so I might do that as a gift. 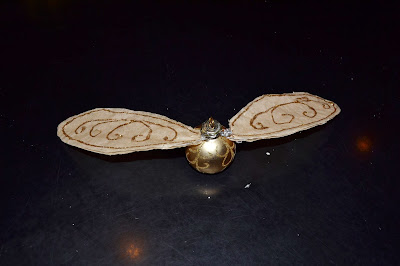 What do you think? Any other Harry Potter fans that have or want to try this? Be sure to check out the original tutorial from Tiny Apartment Crafts! 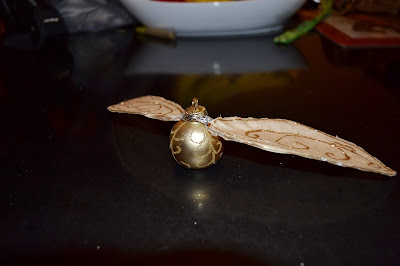