I went with Burda 8136 as it was in my stash from when I first started sewing and I bought every pattern I remotely liked from the bargain bin at Fabricland. I made view A, but added a strap, since I have a fear about losing a clutch purse as it can't be attached to me in some way. 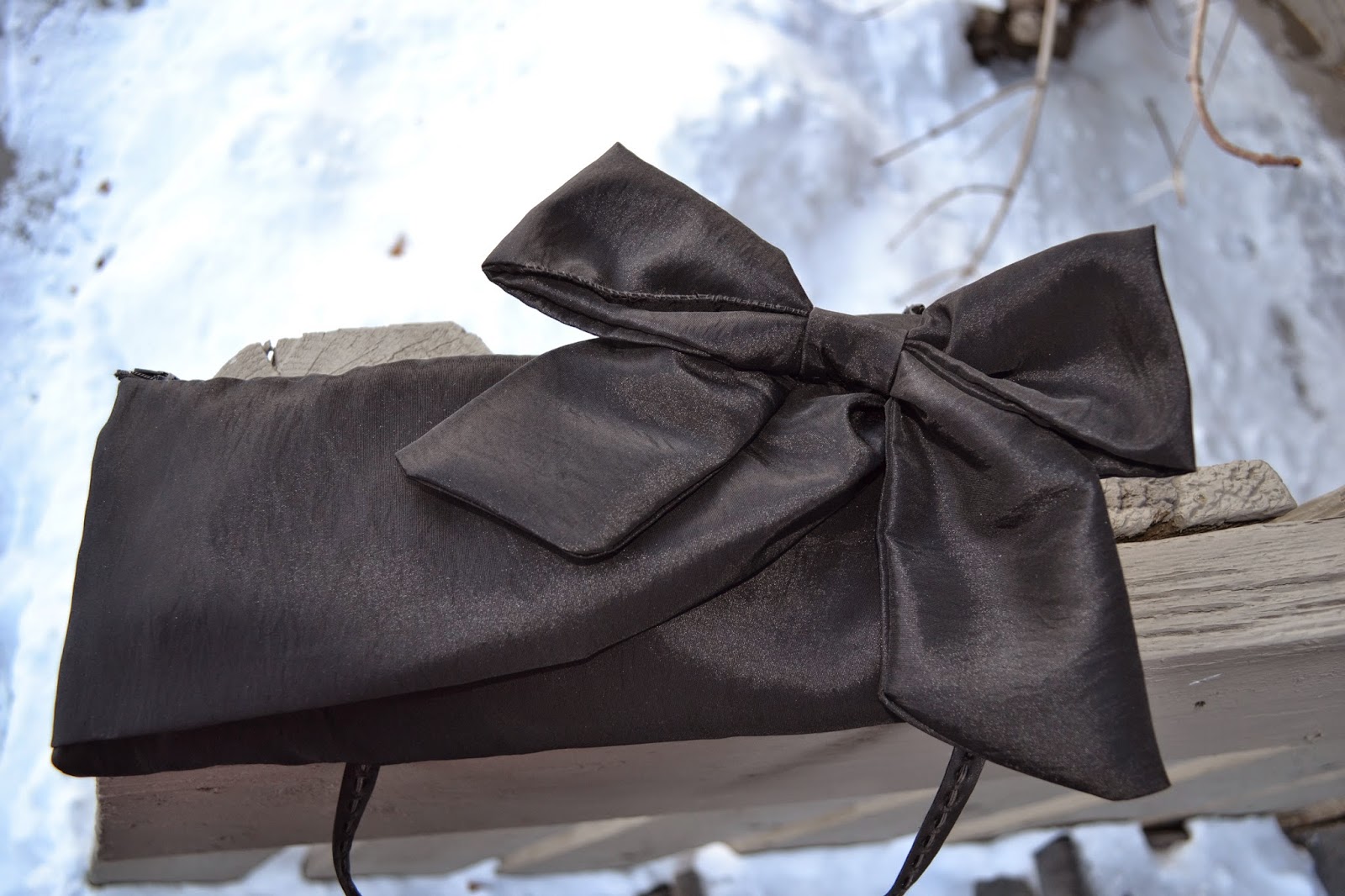 For this one, I used black taffeta from my stash that I think I originally bought at Fabricland to trim Simplicity 2512 in my early sewing years (3-4 years ago ???). This skirt eventually ended up in the bin due to some intense gathering drama and a poor fit. So now this taffeta goes on to be a purse! I used some white poly lining for a nice contrast (same as the lining of my A-line skirt). I interfaced the bag with some pretty light interfacing, since that's what I had on hand, but I now regret not using something more substantial to give the bag a bit more structure. It will work fine though. 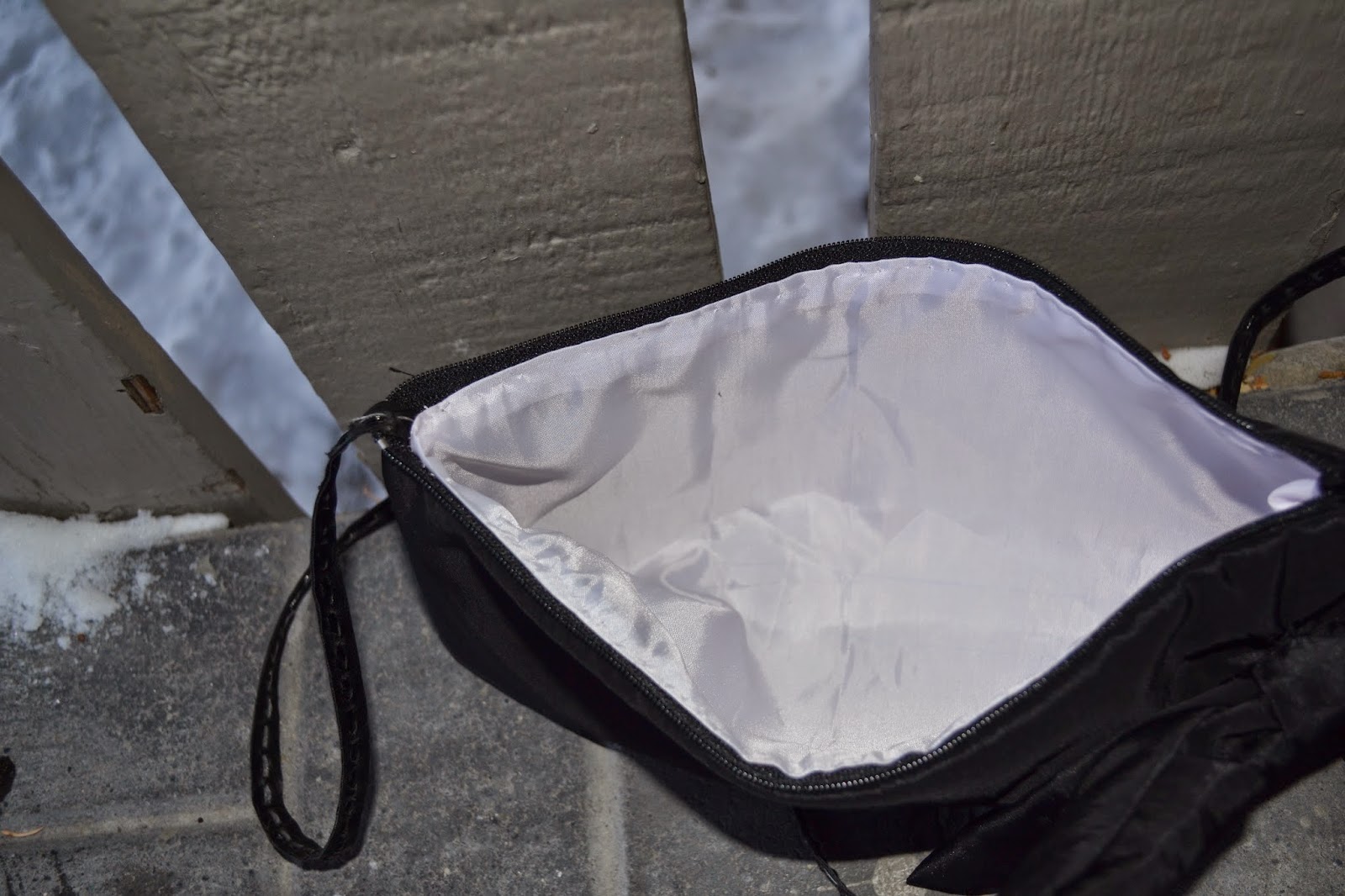 As I mentioned, I wanted to add a strap to prevent me from losing my purse (as fancy events often mean alcohol for this girl). I was originally going to use some chain, but I couldn't find any I liked on my notions trip to Fabricland. So instead I got some kind of pleather trim that has plastic laced through it. I tested it a bit and figured it would be strong enough. After all, this is the kind of purse that holds keys, phone, ID, cash and lip gloss only. It's a bit of a contrast from the taffeta of the bag, but I think it works okay. 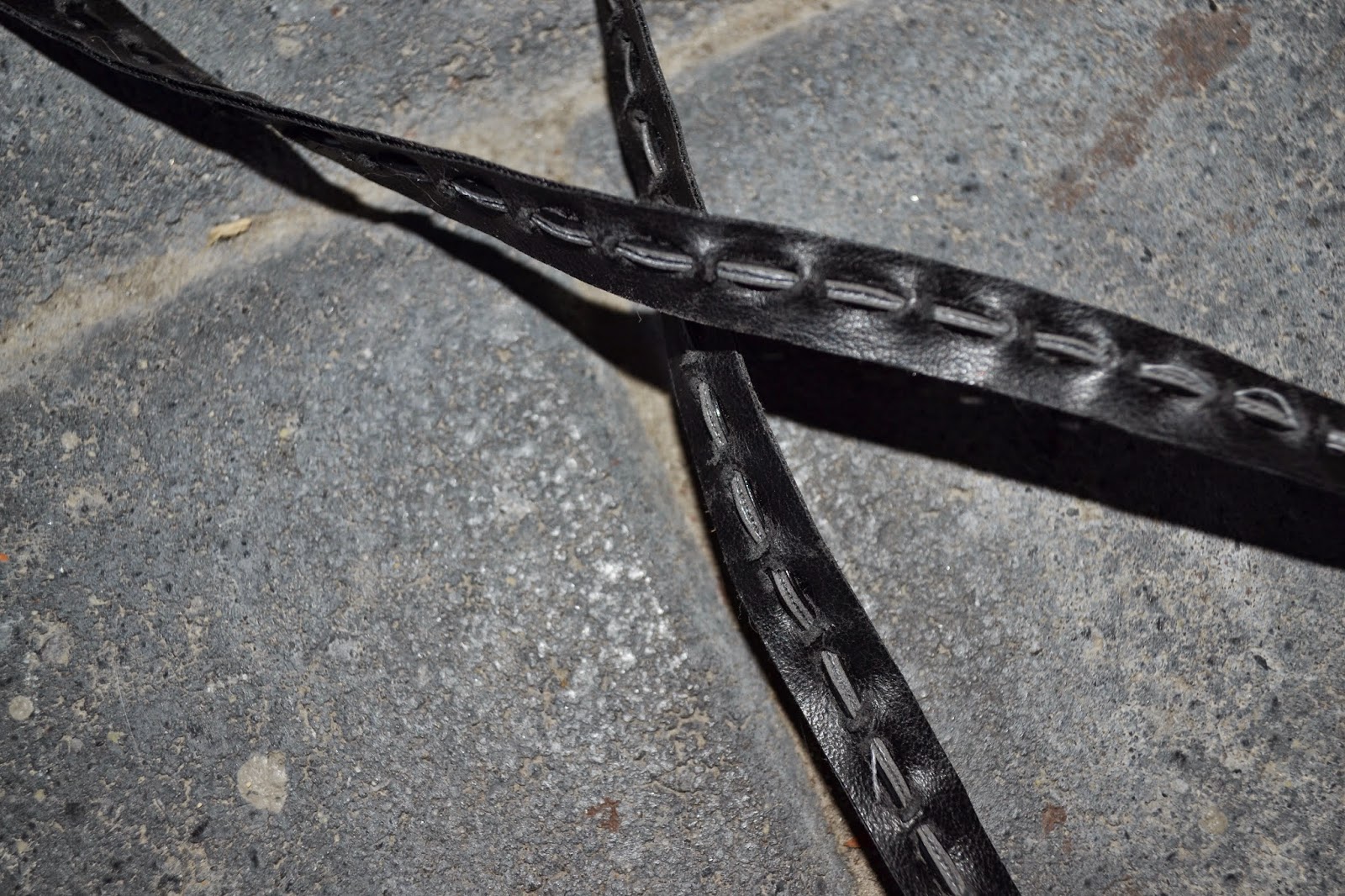 This was my first time in a while sewing with a Big 4 pattern and I found I kind of missed the hand-holding you get with lots of indie patterns. I'm still not sure if I did a couple parts right. For example, on the front part that is pleated, it had you baste the hem at the very start, then never said anything else about it. So I'm not sure if I was supposed to actually hem that or just leave it folded up. I just left it and so far it hasn't flipped out, so I guess that's good. 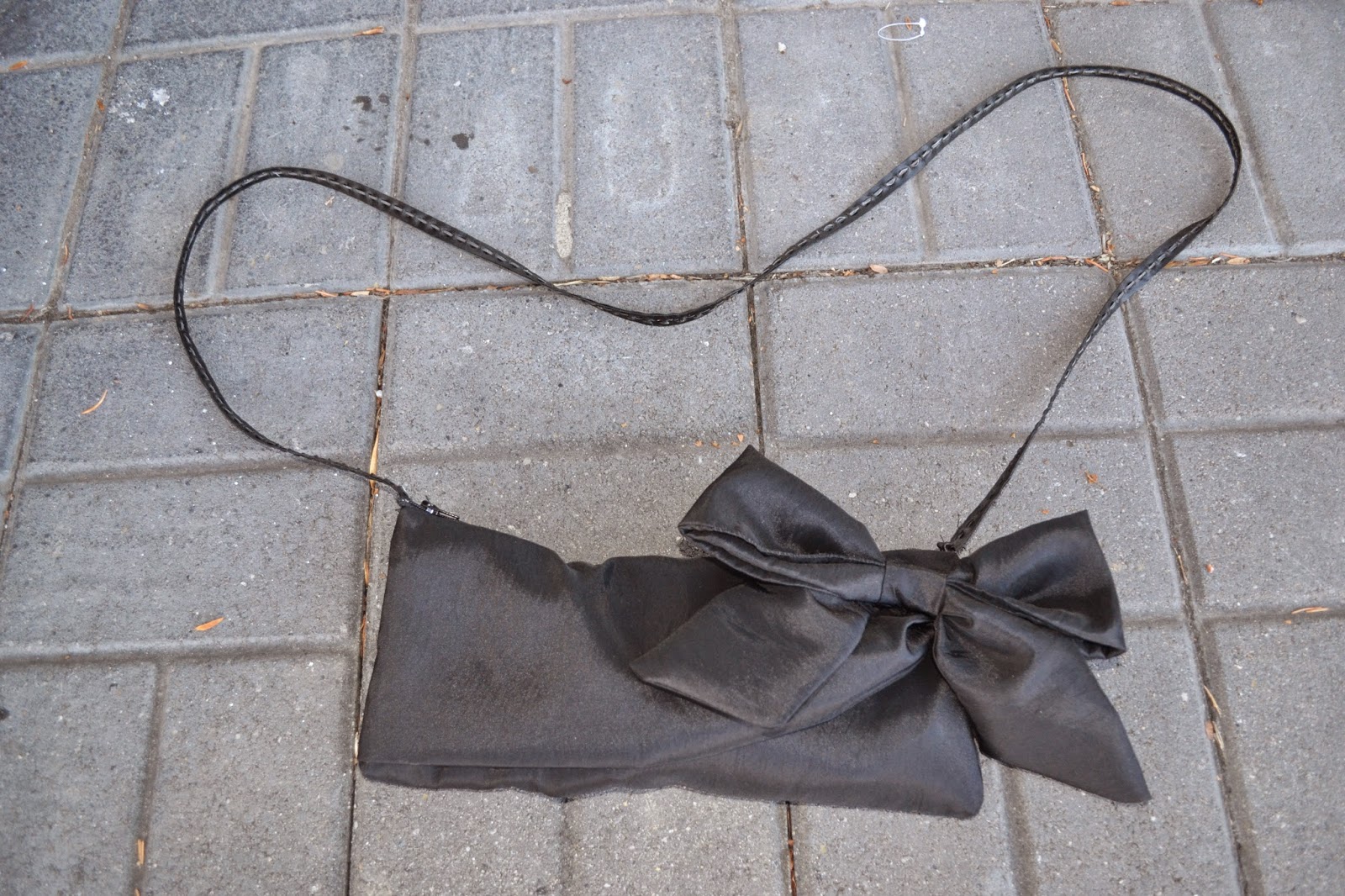 Other than that, it was pretty simple to put together. It took me a couple tried to figure out have to tuck the zipper end to the inside, especially because I didn't leave myself much room to do it. I didn't like that there was no finishing on the end of the zipper. 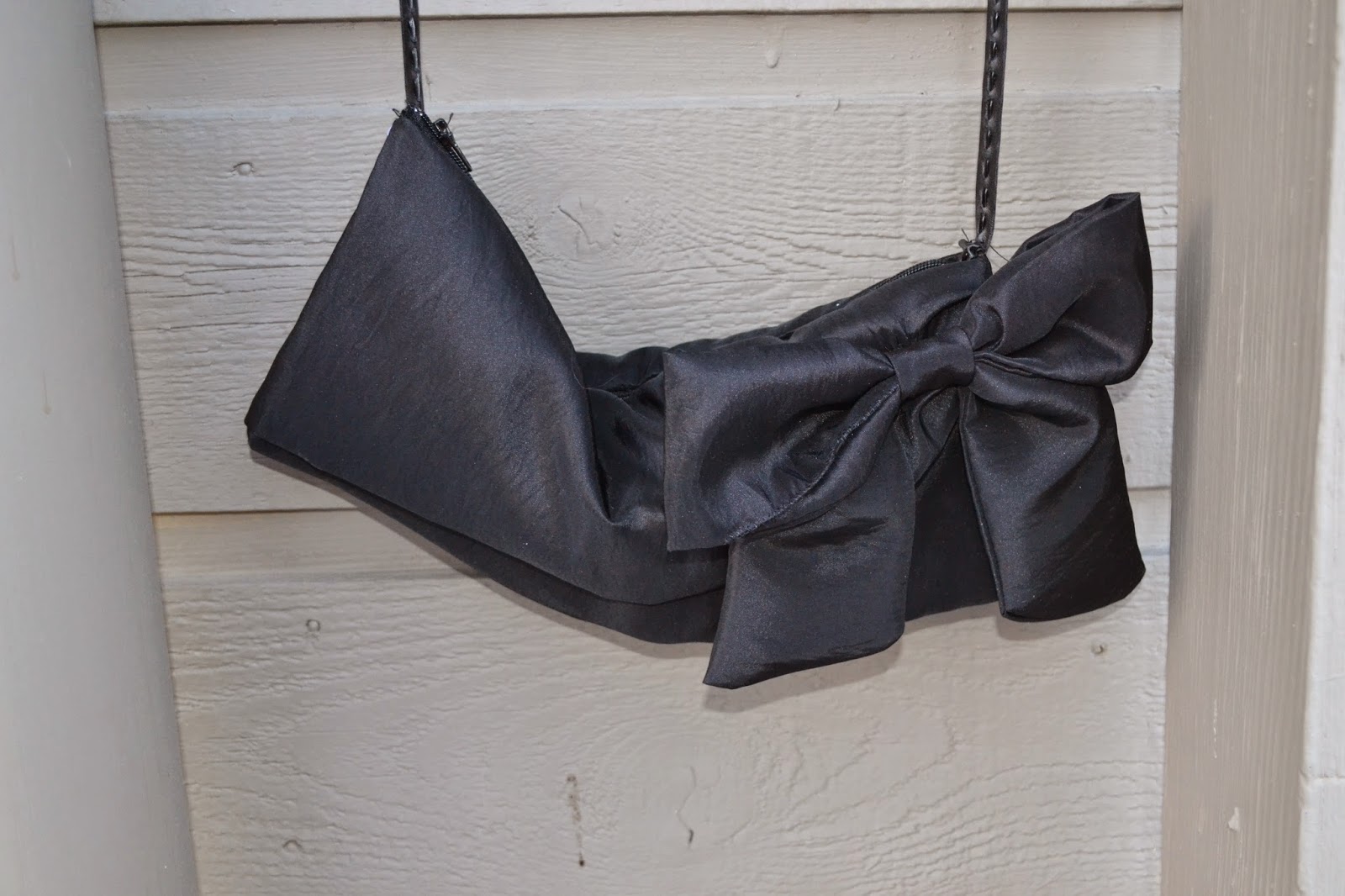 I can't see myself making this pattern again until my purse falls apart. I'm not crazy about any of the other designs, especially because I like a bit bigger purse for day-to-day. But I am looking forward to taking this one to my next fancy event. 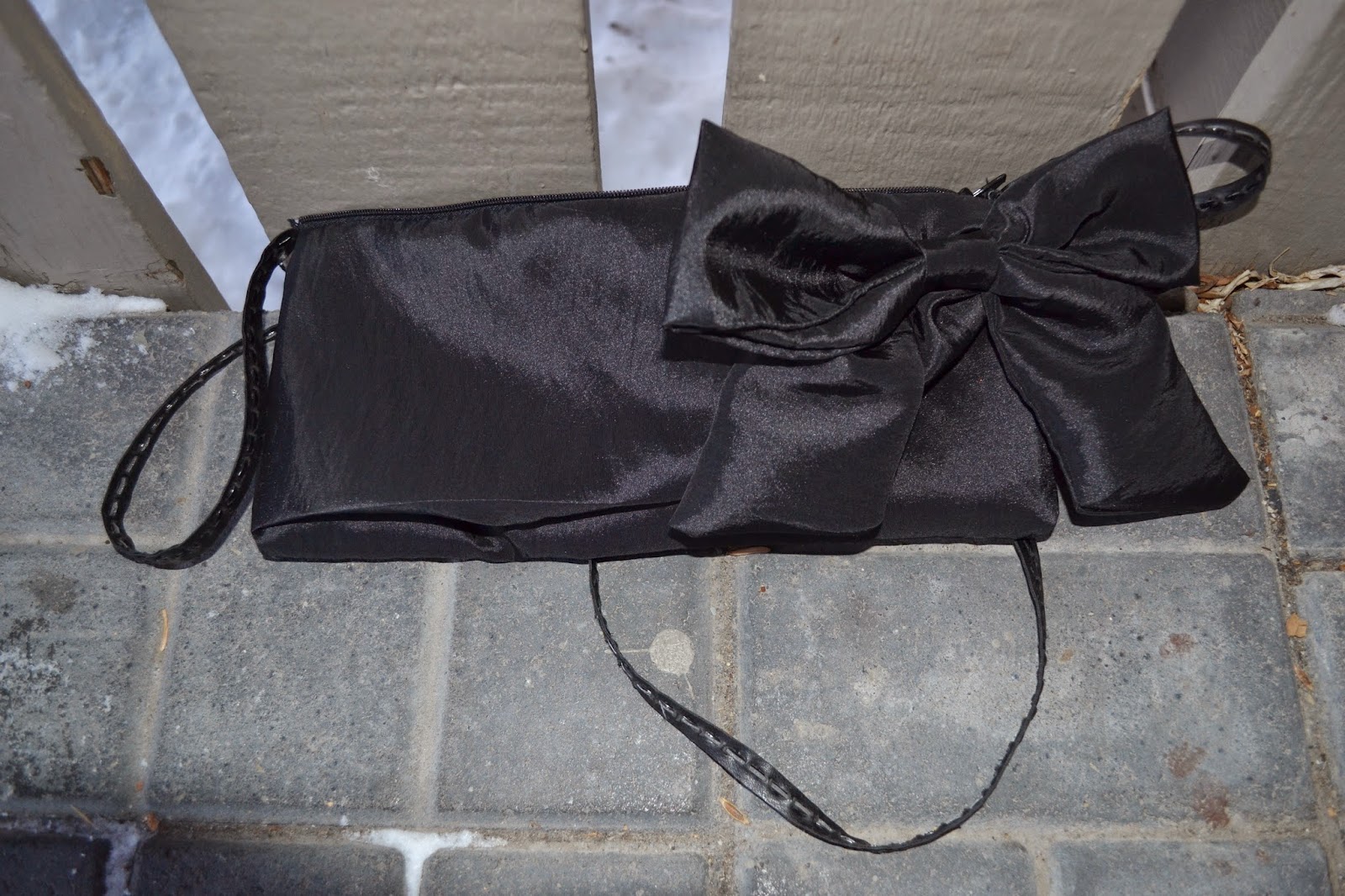