Earlier this week, I was browsing on Kijiji (Canada's version of Craigslist) and I found someone selling a bunch of old sewing magazines for cheap. So I emailed and we arranged to meet up and closed the deal!

I'm pretty excited because I think I got a pretty awesome deal. Altogether, I got 30 magazines for $20! Here's the breakdown of what I got: 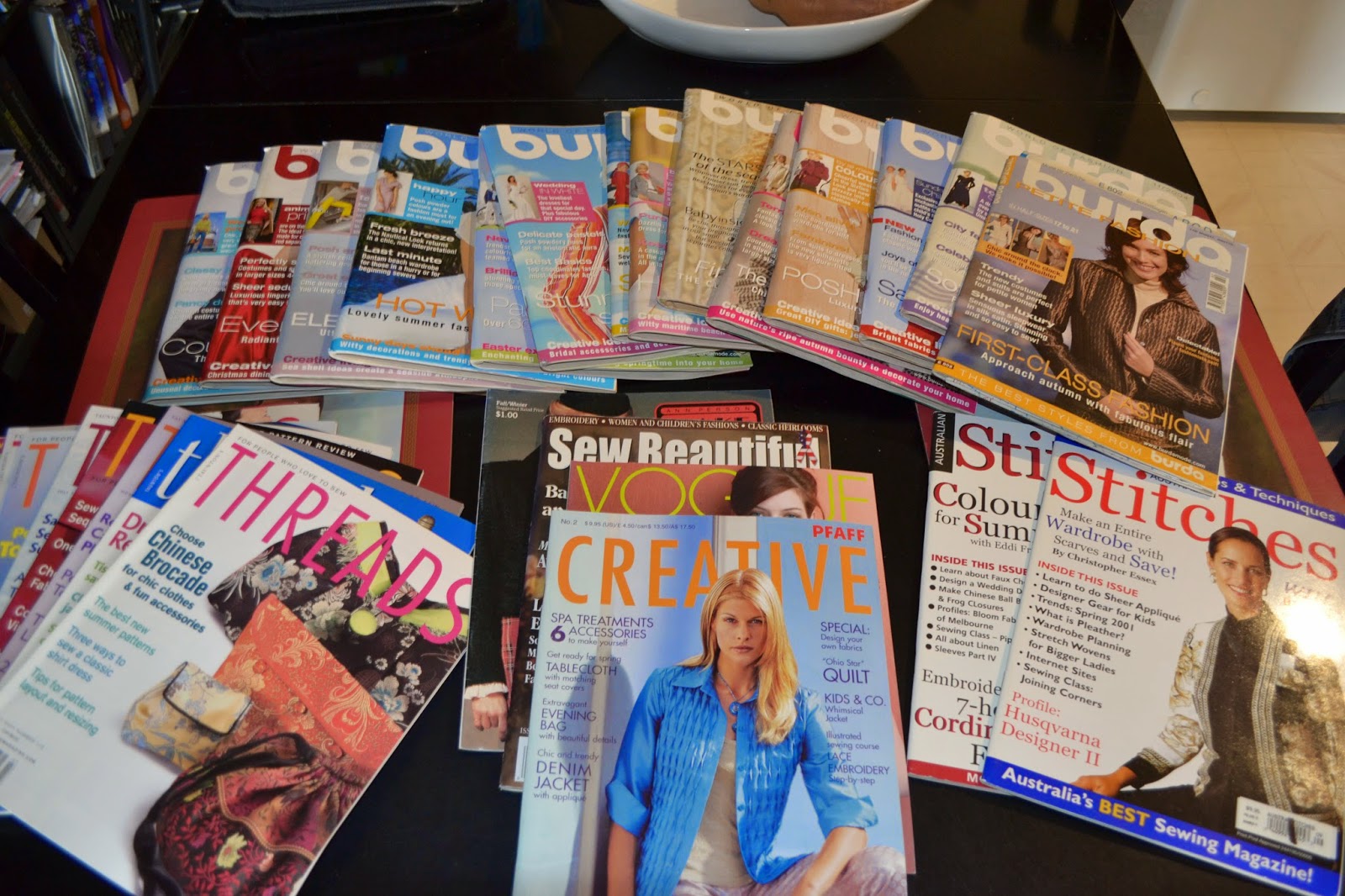 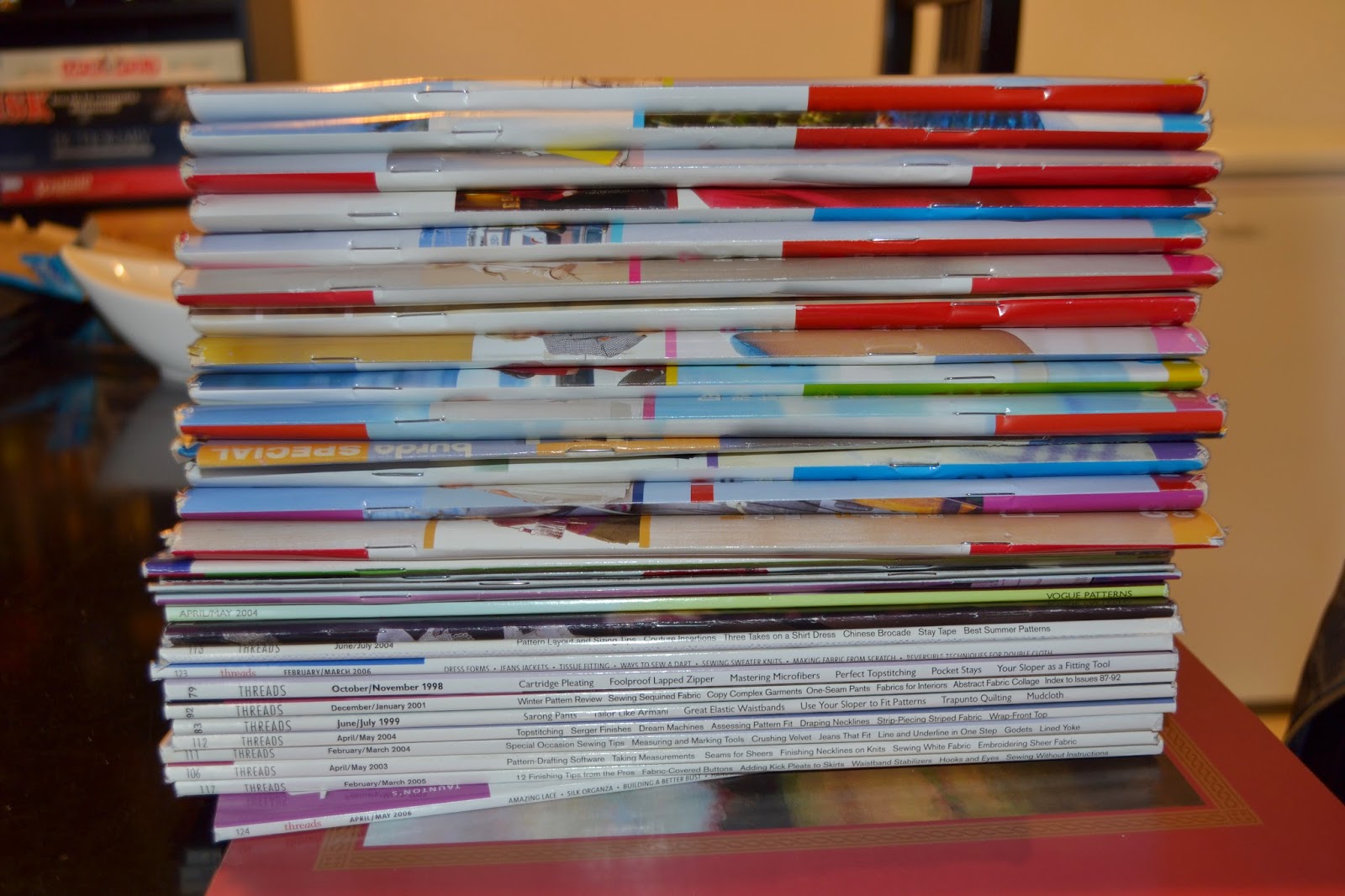 So a lot of stuff from the early-mid-2000's with a few older ones thrown in. I haven't had a chance to look through most of them yet, but I've already found a jacket I'm dying to make. So scary to think that the seller's boyfriend wanted to throw all of these into the recycling!

In other sewing magazine news, has everyone heard about the new sewing magazine from Colette patterns: Seamwork? If you still haven't signed up for the preview, you can do so here. You'll even be entered to win a subscription (and if you use my link, I will get a second entry).
Posted by Megan at 08:17